Khalida Azbane remembers: "In 1968, at the age of seven, I already used to accompany my father to the factory. I wanted to find out what he was doing. My father is my absolute model. Mohamed Azbane, a self-taught entrepreneur, immediately aroused his daughter's boundless admiration: "I traveled all over the world, met many managers. There are training courses to run a family business. My father, this extraordinary man, did not need it. He has this gift!”. This exceptional relationship gave Khalida Azbane unwavering confidence and determination to build a professional career without fail. In 1985, she got her degree in organic chemistry from the International Institute of Perfume, Cosmetics and Food Aromatic in Paris. "Chemistry is life," she says. But being a "nose" is not enough. In 1986, she made her first trip to Japan, which would permanently influence her perception of life. She attended high level management training. In 1990, her father appointed her as general manager of the Azbane Group, a laboratory specializing in cosmetics and perfumes, of which he is the founder. In 2006, she was the first woman to be the vice-president of the Moroccan employers association, the Moroccan General Confederation of Businesses (CGEM). "In 2011, I had the great honor to be chosen by His Majesty King Mohammed VI as an expert member of the Economic, Social and Environmental Council. Khalida Azbane tries to convey all the love and respect she has received: "I give everything I can to my three children and to my husband. Human relations are essential. In the workplace, I know everybody within the group. The fact that they feel integrated into the family business is my greatest pride!”. Khalida Azbane is a fulfilled woman who never forgets the family adage: "Freedom is not owing anything to anyone. " 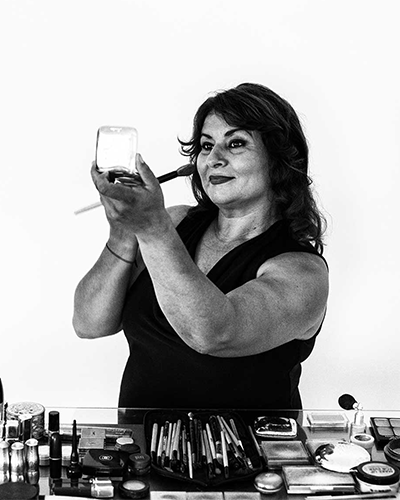